If there are two things that are more important than anything else on an iPhone or iPad, its security and battery life. Every iOS user wants to know that their data is secure and that they won’t have to keep charging their battery up and, when the iPhone 6 and 6 Plus were released, the iOS update gave them a whole slew of security features along with longer battery life. It still isn’t perfect, however, but there is one thing you can do to make some improvements. 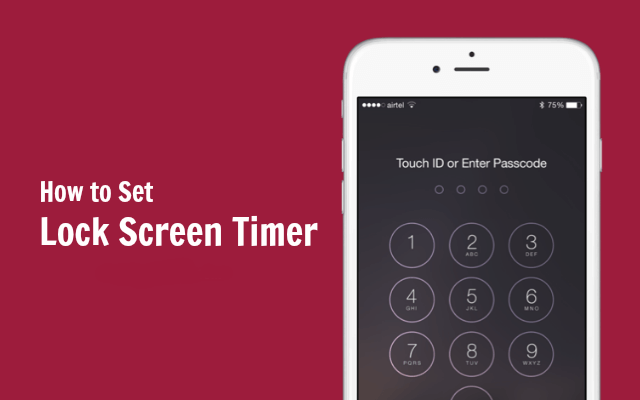 Every iPhone and iPad has the Auto-Lock feature on it and this is a useful feature that lets you control the length of time your screen remains active for when your device is not in use. It makes sense that, the less time it is active for, the quicker that screen turns off and this provides users with two benefits:

How to Alter Auto-Lock Settings

Changing the settings on your iPhone or iPad for the auto-lock feature is very simple and will take no time at all:

That’s all you have to. Now, when you stop using your iPhone or iPad the screen will remain active for as long as you chose.  There is another option you could choose and that is Never. However, unless you use your iPhone or iPad 24/7 or it is permanently connected to the charger, this really isn’t a safe option because it leaves your device active permanently – not good for security or battery life!

If you want more tips like this or want to stay up to date with all the latest iOS app suggestions and tricks, follow us on Facebook.

Next Story:
Check if iPhone is Factory IMEI Unlocked or Not