Every Apple customer will have come across the term UDID number at some time or other.

You may even have been asked to provide it for something but how many of us actually know what the UDID is and what it is used for? Why is it such a big deal? The following will explain, what it is, what is used for, and how it affects privacy.

What is a UDID?

The Unique Device Identifier is a 40-character combination of numbers and letters that is used to identify a particular iOS device. Each device has its own UDID, and you can find yours by going into iTunes with your device connected and clicking on Serial Number.

What is the UDID Number Length?

Most Apple iOS users have come across the term UDID number at some stage or other. Not everyone knows what it is or what it is for, though. UDID stands for Unique Device Identifier and is a string of letters and numbers that identify a specific iOS device. The standard length of a UDID is a 40-character hex value that is 20 bytes.

The UDID number is an alphanumeric code made up of alpha characters a-f and numeric characters 0-9. Developers that are registered with the Apple iOS developers program are allowed to add up to 100 devices for the purpose of testing their apps and, for this, the UDID of each device is required.

How is a UDID Calculated?

A UDID is made up of a number of different hardware identifiers from the chips that are in each iOS device, hence the reason it is unique to each one. A typical UDID would be calculated by creating a 59 or 60-character test string using:

Calculate the SHA1 hash, and the result is the UDID.

How to Change the UDID of your Device:

The UDID can be changed by running this command – nvram wifiaddr=ma:ca:dd:re:as followed by a DFU restore. If the restore is not done, a lot of apps may not work correctly afterward, including iTunes. You must also make a note of the original Mac address so things can be changed back if necessary. Do not attempt to do this unless you are highly experienced at programming and are willing to take the chance on your device being bricked.

What is the UDID Used for?

Because it is used to identify a device, the UDID number is used for connecting data to a specific device, i.e., an iOS Developer Account so that beta versions can be downloaded. It is also used by Apple to connect your device to your Apple ID so that you can download and install apps or music purchased through iTunes or the App store. It is used to upload your high scores to the iOS Game Center and for iMessages and notifications. 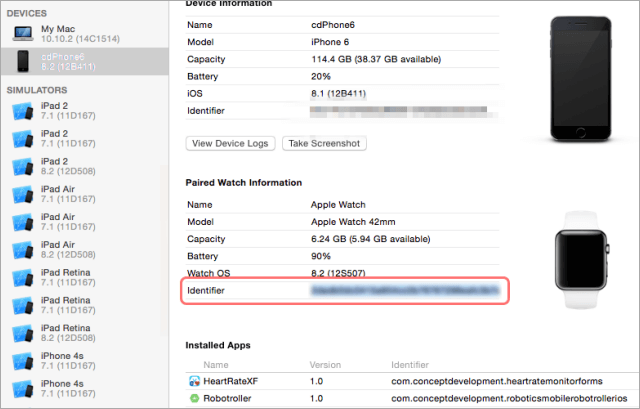 At one time, certain apps used to be able to access the UDID number of a specific device and transmit it, along with other identifying data, about a user, leaving that person and/or their device wide open to abuse. The data could be sold to other companies or “interested” parties and, as a result, when iOS 5 was released in 2011, Apple made it so that developers had to generate unique identifiers, accessible by a single app if needed and any app that tries to access a UDID number is rejected immediately from the iOS app store.

While it is unlikely that your UDID would be used for nefarious activities, you should take steps to protect your iOS device with a valid password and two-step verification enabled on your Apple ID.